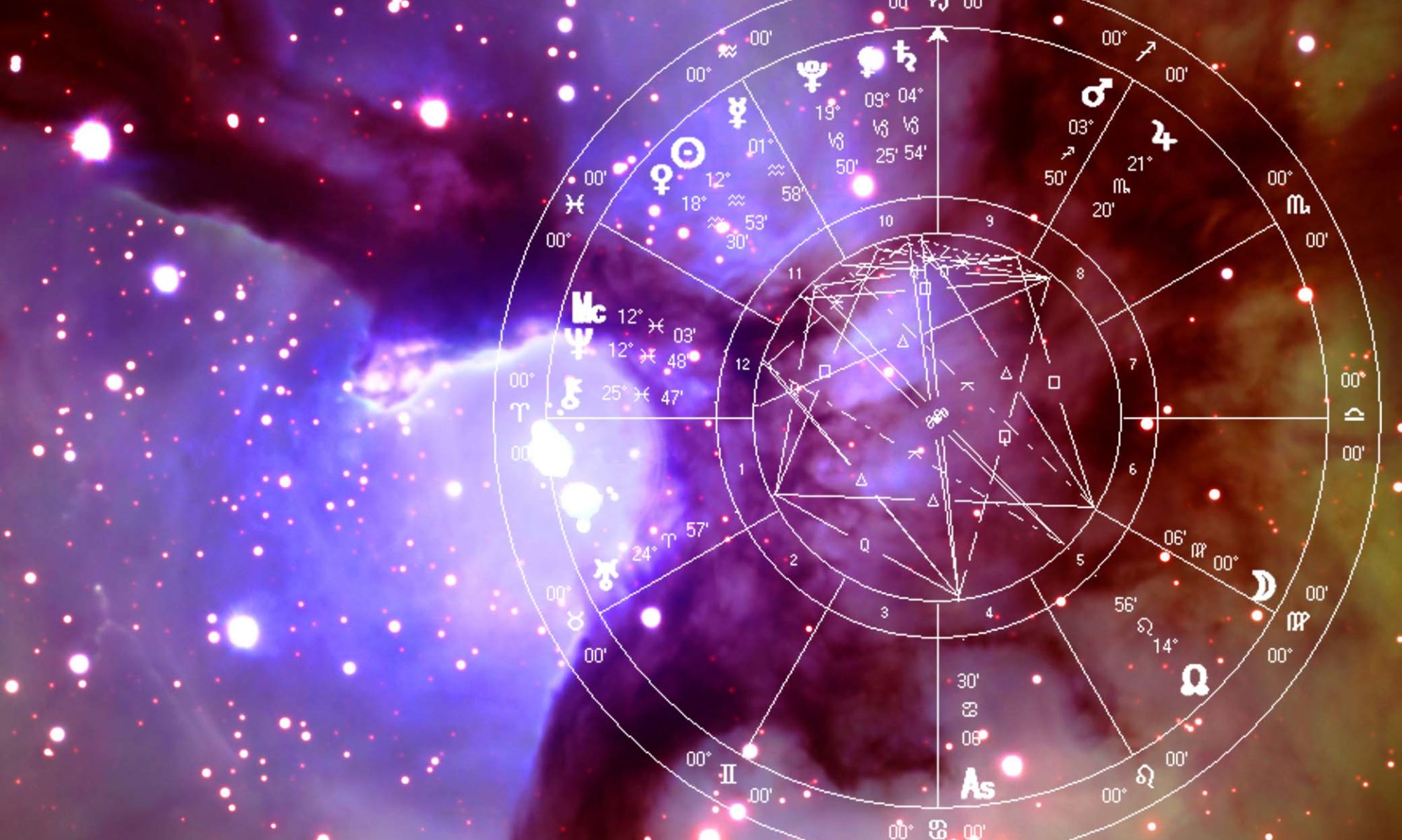 As I had written in the blog “Astrology – technology of ancient science – part 1“, given that ancient Sanskrit literature deals with manifestation of the un-manifested truth into this reality around us, we should be able to apply the described science to map all paths that are considered to be the existences in this reality. In these paths mapped if we are able to locate the path related to a single person, single planet or any existence for that for which we are trying to predict the future and pin point the current position of the apex in that path, then following through the subsequent path from that apex we should be able to tell what the future looks like for that existence. This, if can be proved to be true for many instances of existence, then it will also act as a proof for the actual science that is described in these literatures.

But, before we study how we possibly can map these paths, we need to debunk a few terminologies that are used in astrology and redefine them to be devoid of the the positive and negative emotions associated with these terminologies and look at them from the light of the whole environment and the paths of existence, objectively, to prevent the overlaying of forced directions on these paths. It also should be noted that these terminologies need to be defined devoid of the rendered reality around us and should relate to the working of the underlying environment because of which this reality is rendered. As a comparison, say a bi-stable multivibrator circuit is created that generates a signal that oscillates between two stable states, viewing the generated waveform on an oscilloscope is just a rendering of the underlying state of the circuit. Any type of understanding of the circuit cannot be got by studying the oscilloscope monitor or its circuits, but can only be got by studying the multivibrator circuit which interfaces to the oscilloscope circuit. Similarly, this reality around us is just a rendering of the underlying logic that drives the paths of existence. Studying the rendering such as the light patterns, visible planets, stars and so on does not study the progress of the underlying progress of the path that interfaces to this rendering. Astrology can accurately predict only if the underlying path that interfaces to this rendering is mapped. Hence, we need to look at these terminologies with respect to that which affects the progress of the underlying path.

As an example, in the usual astrology, the terminology of “Shani sade sati or what is termed as Saturn transit” which supposedly happens in cycles of approximately 7 and 1/2 years is considered to be a period of turbulence in everyone’s life. It is associated with the transit of Saturn from one’s birth star. But, if we translate the terminology by its literal meaning rather than what is a preconceived notion, we find it translates to “end of possession of calm”. Instead of seeing this in the context of good and bad or any associated emotions, say we see it from the underlying continuing path of existence, then it takes on a totally different meaning.

As I have explained in the book Surya Siddanta: Emergence of empirical reality, the path is established when a series of changes goes from just being transitions present to a set of “traversed transitions” and getting stored to cause the formation of the fifth dimension and in this state it is a series of becomes. Imagine it to be a path in a google map with the traverse function turned on. There are two ways of looking at the path in the map, just a path you are seeing and a path that is traversing as you travel through that path. When you traverse the path, the previous roads you have already travelled is equivalent to a series of becomes and the path you will travel is the series of changes which you have to traverse yet. To this mix add various events happening and finishing. So, for example in the google map path, you approach a traffic light and pass a traffic light. There is a specific time period you take to approach the traffic light and then pass through it before it goes behind you. This is similar to a “ravi masa” which is the period of “rising” and “adhi masa” which is the remaining period of passing for that event. Many such “soul of becoming”, “becoming” and “become” cycles should accumulate together to form the path. When you look at the “becoming period and become period”, it is typically a period of calm, because what you have is, an already started event following through with its momentum to complete what has been started. It can have a period of rising and maintaining, but it is calm, because there is no search for the next soul of becoming to filter and pick up to become and add to the path. When the previous cycle ends, the next event to start off has to be searched and started, which is the period after the end of calm when turbulence starts. This should be the “period of end of calm”.

I will take a some terminologies from the various chapters in Brihat Samhita by Varahamihira to explain this. The primary shift in viewing these terminologies is to change them from the rendered, human perceived or observed phenomenon to the related underlying working. For this, we need to have a skeleton view of how the underlying environment becomes this reality around us. From the Surya Siddanta, we (The book Surya Siddanta: Emergence of empirical reality has a the part of this) can trace the steps in formation of this reality. It starts with the un-manifested expanse in which some set of natures are diffusing into each other to create a minute closed environment within the expanse having variations in concentrations of the natures that yield towards being observed and hence this observation leads to formation. In such an environment, continuous observation of the variation in concentration from an origin point is possible due to persistence and that leads to formation of thought, dimension, distance and direction. The variation of concentration of nature observed is observed as energy, patterns in this concentration becomes various types of energies. This leads to motion and hence formation of a base network that can be considered as thoughts with bonds binding them together. This network progresses with varying penetration speeds and follows a path within the original diffusion. On this base network more paths are formed which leads to individual observables, these group together to have a single path and hence form individuals. These undergo transformation into the various renderings that we observe. In such a system, we need to ask ourselves what are the factors that will affect each of the path of individual paths of existence.

The first and foremost is the pattern that drives the formation of the base network. What factors change the progression of the pattern? How does this pattern transform for an individual? What is the rate of progression of this pattern and many such properties related to the underlying pattern which forms the base network. This then is the first mapping that needs to be done. If we check out the Brihat Samhita, we find this is the first topic that is addressed. It is called “aditya-cara”. While this is translated commonly as the “motion of the sun”, “aditya” literally means “coming from nothingness” and cara is progression. So, it should really be translated as “progression coming from nothingness”. The underlying un-manifested is, to us, “nothingness”. So, we are looking at “what comes from that nothingness” into this base network. That is the first mapping that has to be studied, hence that becomes the first study. From that base thought and network a transformation occurs to create the fifth dimension, hence the next study is the “candra cara” or “progression of transformation”.

The next is another of those eternally black-listed feared terminologies like “shani” which is “rahu”. In Brihat Samhita, this is called “rahu cara”. Rahu means eclipse and hence used in various contexts. In fact there is a daily time set aside as “rahu kala”, when people do not want to start doing any work that they consider to be auspicious. When we look at it from the underlying working which is path of existence, we need to ask ourselves what this possibly can imply. As I have indicated a number of times before, “time” is a concept that is not present in the ancient literature. Kala does not translate to time, but to a “series of changes”. It is something which is very inherent to the path itself and a global time is a moot point. Each path of existence varies by the series of changes that they pass through and hence have their own progression rate which may or may not coincide with the progress of the changes of the earth. Definitions of day, hour, minute, second etc., are rates of progression of the earth and nothing more. Using it to globally declare that every path of existence will progress at the same rate as the earth’s path of existence is I think a very huge assumption. So, having a global Rahu Kala is pretty inaccurate. Paths having obstructions is definitely possible, but, the point to be noted is that “obstruction” can only have a meaning when a goal is defined. Now, that we have got ourselves to think of the goal, we can start asking ourselves what is considered the goal of a path? As I have said previously, we have “soul of becoming”, “becoming” and “become” phases in a cycle. Then the goal has to be the “orientation of the soul of becoming” which leads a path in the “becoming” to “become something”. When this cycle is going on, there has to be bonds or forces that act in the reverse direction or inhibitors to the traversal in the forward direction of the path and bonds or forces that act as enhancers to the traversal in the forward direction of the path. The inhibitors then become the rahu and the enhancers the ketu. Thus “rahu cara” has to be the “progress of inhibitors” to the path. These inhibitors are specific to a path and its goal of becoming.

We have then the “bhauma cara” which is the progress of the becomes construct or the base network, “budha cara” which is the “progression of the knowledge”, “brihaspati cara” which is the “progression of the first thought starting the path” and so on. I have not given all the terminologies here. I have translated only very very few to ensure that the direction of objective thinking of the subject of astrology can be brought forth to show that mostly these terminologies are black-listed or white-listed because we want to overlay emotions on it. All beings are endowed with a sense of sankalp or direction of being which forces us to want to see everything through the lens of that which we think is good for us as a being. If, this is also used when mapping the paths in the underlying environment, then we will definitely go wrong in the mapping. Hence, the first attempt has to keep all our judgemental call aside to map the paths, which is the intent of this blog.

Read more on this topic in my upcoming book

3 Comments on “Astrology – Redefining the terminologies”