What is the truth? How can we start seeking it? 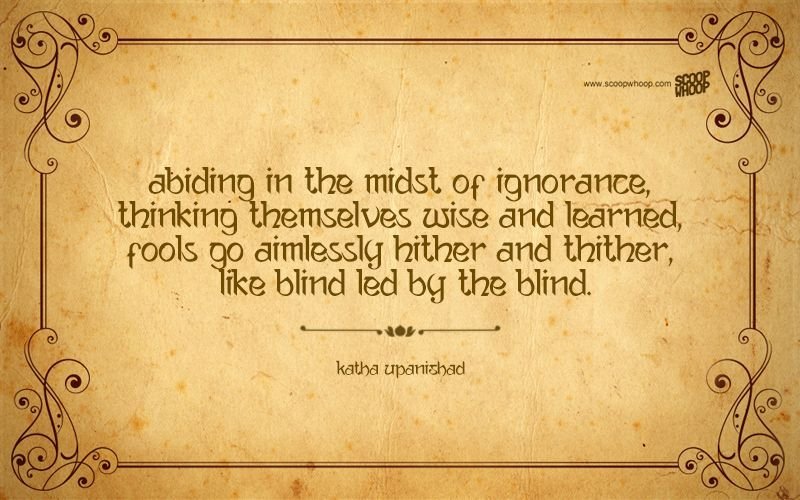 An analysis of the evolution of the IT industry forces on us the core question “As evolution progresses, is knowledge gained or is knowledge lost?” If we analyse: at the start of the computer revolution, there was a deficiency of sophisticated compilers, OS and other tools for easy programming. Hence anyone programming for computers had to understand the underlying working of the processor or the OS functions related to memory access such as “is it virtual memory, physical memory?”, file access details, OS system command related workings etc to write useful code. But in the current world, computer programming has evolved to the extent that all the underlying working of processors, OS and other frameworks are abstracted that all programmers have to think about are language syntaxes of highly abstracted languages such ruby on rails or javascript or HTML which comes nowhere near representing the actual working of the computer. So, it brings us to the question “As we evolved have we lost knowledge or have we gained knowledge”? The answer is intriguing, because while in the dimension of that which has evolved “the internals of the working of a computer”, we have lost knowledge, we have gained knowledge on a totally different front of “logic and application of computer applications”.

The same can be said of the evolution of electronic circuit design. There was a time when we were forced to design and understand transistor, semi-conductor theory and so on, to design circuits, case in point, compare the old radios with the current version of radios. Electronic circuit design has evolved to use simplified IC chips for various or most functions. Circuit design now has become “the correct assembly of these IC chips with the correct resistance or capacitance in the paths”. Power supplies, bluetooth receivers, USB data communication, serial communication, filters, any number of examples can be taken and it will be seen that the original circuit designs with original chunky components of transistors, flip-flops, resistors, capacitors and so on, have been replaced by sleek IC chips encompassing or abstracting the original circuits. The current circuit designer does not have to understand anything other than which IC chip to use, what pins in the chip provides what output or need what inputs. Again has knowledge been lost or has knowledge been gained? Again we are faced with the answer “In the dimension of that which has evolved “how underlying circuits are designed and working with basic materials” we have lost knowledge, while we have gained more knowledge in getting complex circuit functions to work.” So, looks like we always lose knowledge in the dimension that is evolving, while other dimensions open up for gaining knowledge.

Why is this important? The universe itself is considered as a result of evolution. If we ask ourselves in which dimension has the universe evolved we realise it is in the dimension of matter initially and then as human evolution started it is in the dimension of thoughts. So, it should stand to reason that as we have kept abstracting out the working of the mind and we have lost knowledge of how the mind internally works and moved more towards application of mind for more and more complex problems. If this is considered with respect to the Upanishads, it would stand to reason that our ancients would have more intricate knowledge of the working of the mind or matter or awareness when compared to us? While we can disregard the Upanishads based on wrong interpretations made by a few to suit their benefit, it would be foolish on our part not to recognise the wealth of knowledge that potentially should be present in it and disregard it.

Any form of knowledge transfer has huge problems. We have all seen the effects of this in the Chinese Whisper game, project requirement definitions, project executions and every other real life scenarios where teams are involved. The problem simply is that while words remain the same, they convey different meanings to different people based on the context. For eg., “a program” for a programmer means “code that is run in the computer”, while “a program” for a musician means “a set of performances given on the stage for an audience”. Again “performance” for a programmer is the speed at which the program is running in the computer while “performance” for a musician means “an act on a stage”. To add to this, when we encounter a sentence or a word that does not make sense to our understanding we tend to unconsciously translate it to a set of words that make sense. For eg., while a programmer may make sense of the sentence “compile a program” as actually running the compiler against the code to create a binary, for a musician “compile a program” means “setup a schedule for the program”. So it is seen that, unless the context is set correctly, words take on different meanings changing the meaning completely.

When the current world with all its intelligence, misinterprets easily, what can we say of the upanishads that have been transferred by word of mouth for a long time before it has been put down into writing. Where meanings of words are themselves in doubt, where we have lost context completely, can we really trust what we read and interpret of the Upanishads? This misinterpretation it can be seen very easily as we read even simple shlokas. A few samples are given below to elucidate the point.

For eg., let us look at the shloka “Karpura Gauram”. The most commonly used interpretation can be got on Wikipedia as below:

The interpretation given as:

If we go by the fact that we have lost some knowledge and gained some knowledge as evolution occurred and start applying this principle to this, we find a number of problems with this. For eg., bhujagendraharam – the one with the serpent king as his garland, now this is supposed to refer to Shiva, but this small piece of information can only have been “derived knowledge”. It cannot be original knowledge, because this assumes that Shiva is a person who was known to everyone at that time and everyone knew he had a snake as a garland.

But, even more intriguing is “why would anyone say the essence of the whole world is a single person?” Forget answering “because he is God”. The very fact that God is described as “omniscient and omnipresent” should give it away the fact that God cannot be made of matter, let alone be a human. The human form of Shiva then can only be a “derived knowledge” in the later stages, as the original creators who could explain the meaning disappeared and later adaptors just fitted it into their understanding rather than changing their understanding to the original.

Now, let us think what could have happened, say instead of writing this as bhujegendra which means king if snakes, we wrote it as bhujendra which means “king of enjoyment”, then it starts to remove derivation from the interpretation, because enjoyment is something very intricate to us as living things. So, let’s try to re-interpret this shloka by fixing the problem, so now we have:

Now, putting them together and taking into consideration that sanskrit rearranges words to get metier, we have:

The essence of the world is the manifestation of that king of enjoyment that always flourishes in the heart as compassion by sublimation, just as the sublimation of camphor. I salute that unmanifest-manifest / becoming-become pair.

The essence of the world is the manifestation of thoughts that flourish within the heart into reality similar to the sublimation of camphor. I salute that unmanifest-manifest pair.

Why sublimation of camphor? The ancients should have seen camphor work. While they may not have known the physics behind it, the fact that it goes from solid to gaseous state, irrespective of whether it is burnt or not would have been noticed by them. That which is in the heart irrespective of whether we consciously make an effort to make it come true or not, becomes reality at some point in time without us really understanding the different steps involved in it’s conversion. And just like camphor where the solid is destroyed to become gaseous matter, in our case that which is in the heart or the thought is usually destroyed the minute it becomes a reality.

Bhavam-Bhavani – another of those misused terms. This is a term in the recent times used for Shiva-Parvati, Isha-Shakti, Bhairava-Bhairavi which are all taken to mean the same. While it can very easily be interpreted as Shiva and Parvati and them as humans, the better approach is for us to look at it in the context of the shloka. Why should a shloka that is talking about the essence of the world and manifestation of that which is inside the heart, stop and suddenly and talk about Gods?

The greater question that comes into mind when we start understanding this simple mis-interpretation is, “Are Shiva, Parvati, Vishnu etc., who have been idolised to be Gods, really human Gods or are they actually words that conveyed concepts originally shifted to having forms later on and hence become humans?” For eg., if someone who did not know physics heard the word “photon” what would the interpretation be, I wonder. I doubt they would have stumbled upon the correct understanding without really understanding our physics as we know it?

The next sample I like to take is another common shloka, Guru Sthotram:

Guru means teacher. The common interpretation of this shloka is:

Very nice, yet the problem again is how many of us can say this to be true? Can one human be all this? But say we reinterpreted it in a different manner. The problem here I find is the “is” seems to have been misplaced. And this can only be put down as a convenience interpretation done by someone along the timeline to get themselves some respect. Say we changed this and shifted it from “Guru is Vishnu” and and said “Vishnu is the Guru”, now it takes on a totally different meaning:

Now that we have changed this, we see the meaning coming out is utterly and completely different. So who or what are Brahma, Vishnu, Maheshwara and Parabrahma?

From our previous sample we saw we had to question whether we are really talking about Gods at all here? We already saw and questioned why not Maheshwara is actually the “destroyer” so when destroyed “the manifest” becomes “unmanifest”, so Maheshwara is just “unmanifest”. Brahma is the “creator” or the “manifestor”, Vishnu is the “sustainer” or “equilibrium”. The parabrahma is the “ultimate truth”.

So, now we have a totally different interpretation of the shloka that has lasted for so long and the reason for it also seem pretty evident when we put it in the below manner:

There are a number of samples of such misinterpretation, but I hope I have given some samples that show it is possible that the upanishads are truly misinterpreted. I do not say my interpretation is correct, obviously my interpretation can also be wrong. I believe there is no way for us to know exactly what being conveyed unless the original authors of the verses explain them to us. But, given the context of the evolution and context under which the upanishads were written, it helps in moving forward with logical explanations rather than defining a set of commandments that needs to be followed without rhyme or reason as how we have been always taught.

Is reality and truth the same? →